The abandoned FSO Safer continues to rot off Yemen’s Red Sea coast, threatening the region with environmental catastrophe. Although negotiations to offload the defunct vessel have been ongoing for months – and are now being led by the UNSC – there is no expected date for a resolution.

The FSO Safer has undergone no major maintenance since 2015, when it came under the control of Houthi rebels at the start of Yemen’s civil war. It poses a significant environmental threat to the biodiversity-rich Red Sea, and a potential oil spill would spell doom for the livelihoods of an estimated 28 million people in the region.

The vessel contains 1.1 million barrels of Marib light crude oil – about four times the 260,000 barrels that spilled from the Exxon Valdez in Alaska in 1989.

The UN Security Council blames Houthi rebels for delaying a technical assessment of the tanker that the body had deployed back in March. The Iran-aligned Houthis are in control of Yemen’s western Red Sea ports, where the tanker is moored.

A research paper released on Monday modeled the immense environmental and economic impacts of a potential spill by the rotting vessel. The team of researchers from Harvard, Stanford and UC Berkeley simulated the Safer oil spill over a variety of weather conditions, along with the expected spread in the Red Sea region.

The team found that all of Yemen’s fuel imported through its key Red Sea ports – Hudaydah and Salif – would be disrupted, in addition to 93-100 percent of Yemen’s Red Sea fisheries. A major oil spill would also threaten the clean water supply for about nine million people through contamination of desalinization plants.

“If the spill spreads unmitigated for three weeks, oil will probably impede passage throughout the Gulf of Aden and could reach ports as far as Eritrea and Saudi Arabia,” the authors wrote.

The authors estimate that for every month of Red Sea port closure, delivery of 200,000 tonnes of fuel for Yemen will be disrupted. This is equivalent to about 38 percent of the nation’s fuel needs, and would create a fuel price spike that could worsen the nation’s long-running humanitarian crisis.

In addition, port closures in the Red Sea would lead to severe food aid disruptions. This could affect the 5.7 million people in Yemen currently requiring food assistance.

The long-term and global impacts of a potential spill could be difficult to model. Ecological and environmental impacts through wildlife endangerment and coastline contamination can persist for years or decades. The spill could have a potential impact on the Red Sea coral reefs, which have been much-studied for their unique resilience to seawater warming.

The paper concludes by calling on the international community to find a long-term solution for the handling of the oil on board Safer. 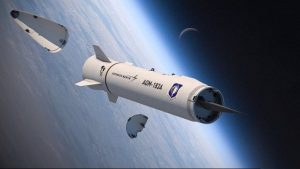