The New York State Energy Research and Development Authority (NYSERDA) finalized contracts with Equinor and bp as the joint venture partners for the development of the state’s next major offshore wind projects, Empire Wind 2 and Beacon Wind making the next milestone in the advancement of offshore wind development along the U.S. East Coast. As part of the agreements, they are committing to significant investments to develop the onshore infrastructure with port facilities in Brooklyn and the Port of Albany, New York.

The 1,260-megawatt Empire Wind 2 and 1,230-megawatt Beacon Wind projects were provisionally awarded in January 2021 as a result of NYSERDA’s second offshore wind competitive solicitation. Expected to enter into commercial operation in 2027 and 2028, the projects will drive investments in ports to directly support offshore wind projects while establishing New York as the hub of the offshore wind supply chain. NYSERDA payments to the projects will commence once they obtain all required permits and approvals, complete construction, and begin delivering power to New York.

The public-private partnership funding commitments to $644 million in port infrastructure investments. The projects include port upgrades to transform South Brooklyn Marine Terminal into a major staging and assembly facility for the industry, as well as an operations and maintenance base for the projects. The partnership will also invest in the Port of Albany, making it America’s first offshore wind tower and transition piece manufacturing facility.

“New York State has been steadfast in its commitment to establish itself as the leading offshore wind market in the nation and a global wind energy manufacturing powerhouse,” said NYSERDA President and CEO Doreen M. Harris said. “These contracts with Equinor further solidify our progress and will create new economic opportunities while building a new electric grid powered by clean, renewable energy that paves our way to a healthier and more sustainable future.”

New York Governor Kathy Hochul noted that today’s announcement formally closes the state’s second offshore wind competitive solicitation and also includes the first awards for the State’s Offshore Wind Training Institute. Coupled with this week’s issuance of the Bureau of Ocean Energy Management’s Final Sale Notice for the New York Bight and the governor’s announcement of a planned $500 million investment in offshore wind ports, manufacturing, and supply chain to be integrated within NYSERDA’s 2022 solicitation, she said it represents a significant step forward in advancing the goal to develop 9,000 megawatts of offshore wind by 2035.

New York plans to launch its third statewide solicitation round in early 2022. NYSERDA’s next solicitation is expected to result in at least two gigawatts of new projects. Said it NYSERDA will couple this procurement with a $500 million offshore wind infrastructure investment to catalyze private investments to build the critical infrastructure needed to make New York a hub for this burgeoning industry.

Also announced today were the first round of competitive awards under the state’s $20 million Offshore Wind Training Institute designed to develop the wind workforce. Two proposals were selected to receive a combined $569,618 to support early training and skills development. 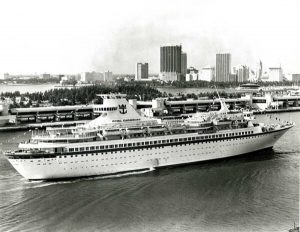